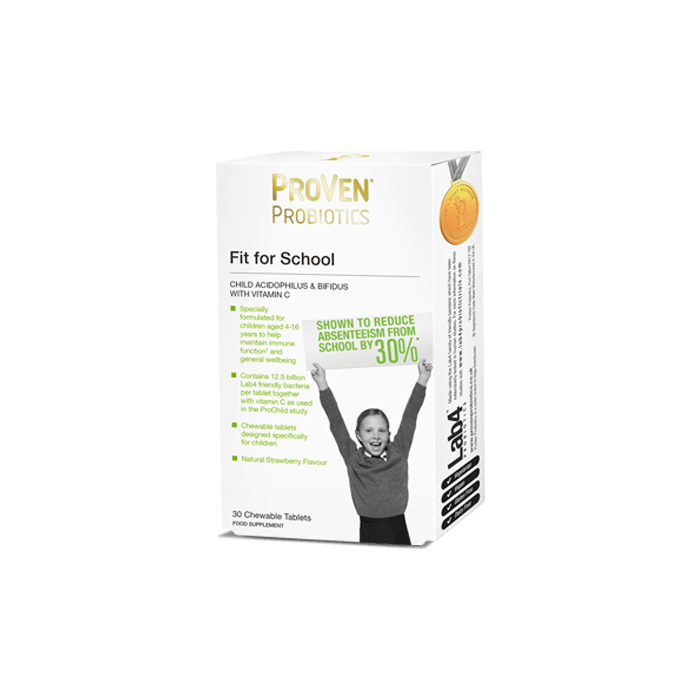 12.5 billion friendly bacteria per tablet plus vitamin C - as used in the ProChild study

Proven to reduce the duration of coughs and colds by 50%.

Proven to reduce the incidence of cough and cold symptoms by 30%.

Proven to reduce absenteeism from school by 30%.

Coughs and colds are the most common illnesses in the UK, with adults suffering an average of 2-3 and children up to eight episodes a year. They are most common in the autumn and winter, peaking between November and March and present an issue for both children and parents in terms of time of school and childcare problems.

There is no cure for the common cold, the symptoms of which are usually caused by viral infections, meaning that antibiotics are not effective in treating them. The most effective way of helping to prevent coughs and colds is to support the immune system and friendly bacteria are increasingly being shown to help with this.

ProVen Probiotics' Fit for School chewable tablets have been developed for children aged 4-16 years. Developed as a chewable tablet with a delicious strawberry flavour to appeal to children, but with no added artificial colours, flavours or preservatives. The combination of 12.5 billion of the unique Lab4 Acidophilus and Bifidus friendly bacteria with vitamin C provides support for a child's general health and more specifically helps maintain immune function.

Shown to reduce absenteeism from school by 30% 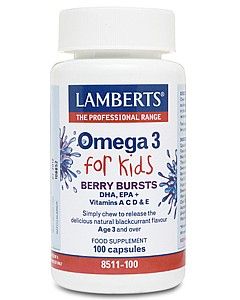